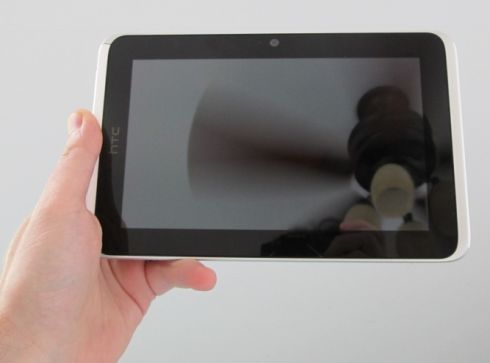 The HTC Flyer is a 7 inch tablet with a 1024 x 600 pixel display, a capacitive touch panel, and an optional digital pen for writing or drawing. It’s one of the best built 7 inch tablets on the market and it’s the first tablet to come with HTC Sense software running on top of Android. But while most big name Android tablets released this year have shipped with Android 3.0 Honeycomb or newer, the HTC Flyer initially shipped with Google Android 2.3 Gingerbread — a version of the operating system designed for phones, not tablets.

That’s at least party because HTC wanted to spend more time with Honeycomb in order to customize its Sense software to play nicely with the tablet OS. But now we know that HTC will soon launch a 10 inch tablet called the Jetstream that will comes with Honeycomb and Sense. And we’ve been hearing for a while that a Honeycomb update would eventually be available for the Flyer as well.

But you don’t have to wait for HTC to release the software. If you’re willing to install beta software and probably void your warranty in the process, you can download and install a leaked beta version today. Paul at MoDaCo has posted the link.

Right now this is a pretty raw version of Honeycomb, but Paul plans to do a little work to pre-root it and make some other changes. So if you don’t want to be among the first guinea pigs, you might want to wait a week or two for Paul’s custom ROM to be ready before installing.