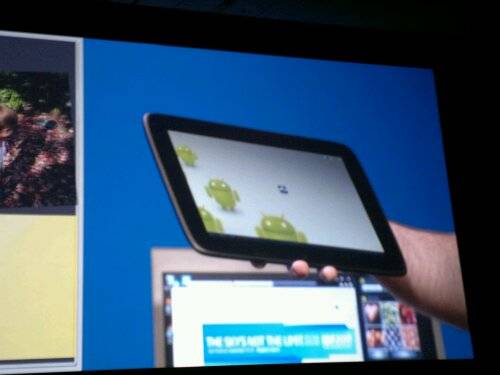 This weekend Intel sort of spilled the beans by posting a video promising that the Google Android 2.3 Gingerbread operating system would soon be optimized to run on Intel Atom processors. But at the Intel Developer Forum in San Francisco today, the two companies made it official: All future versions of Android will support Intel’s low power chips.

While independent developers have been compiling Google’s open source operating system to run on x86 chips for years, Android chief Andy Rubin says the new partnership goes a few steps further, by ensuring that Android will be support kernel-level power management as well as multimedia processing and other Atom chip capabilities.

The move isn’t a huge shock. The first Google TV products have used Intel Atom chips, and Google TV is basically a modified version of Android. But the move expands the partnership beyond the TV and into phones, tablets, and other form factors.

Chippy from CarryPad grabbed a little video of the announcement, which you can check out below.

One reply on “Google: All future versions of Android will be optimized for Intel chips”