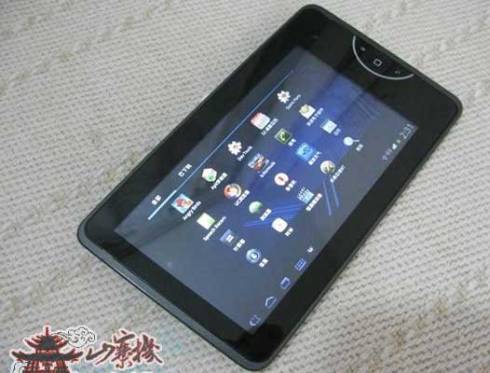 Google hasn’t released the source code for Android 3.x Honeycomb to the public, which means that if you want to install Honeycomb on a tablet you either need to work closely with Google or hack something together from the disk image made available with the Android emulator from the official software developer kit.

Or you could take a different approach and just modify Google Android 2.3 Gingerbread so it looks more like Honeycomb. That’s what one Chinese tablet maker has done.

But what makes this little guy unusual is that the OS has been skinned to look like Honeycomb with the same “holographic” blue graphics, the same on-screen buttons for back, home, menu, and recent apps, and the same app launcher. The status bar has even been moved from the top of the screen to the bottom.

The software tweak won’t actually allow you to run apps designed for Android 3.0 and up, and the tablet’s low resolution display wouldn’t really support apps meant for larger screens anyway. But it’s an interesting approach.

The tablet is expected to go on sale in China in October.