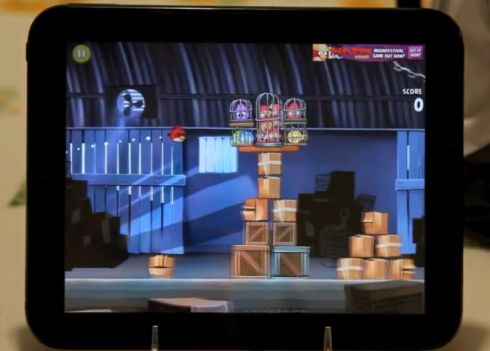 The CyanogenMod team has posted a new video showing the progress developers have been making in porting Google Android to run on the 9.7 inch tablet. We’ve already seen the benchmarks to show that Android performance is pretty good on the tablet, but now we can also see that CyanogenMod has come a long way since the team’s last video — when Android already looked pretty good on the TouchPad.

Update 10/13: Many of the bugs mentioned in this post have been fixed, and the folks at CyanogenMod have released an alpha build of their Android software for the HP TouchPad.

Major updates include support for WiFi, basic audio support, and limited support for the Google Android Market (although it looks a little funky on a 1024 x 768 pixel display). 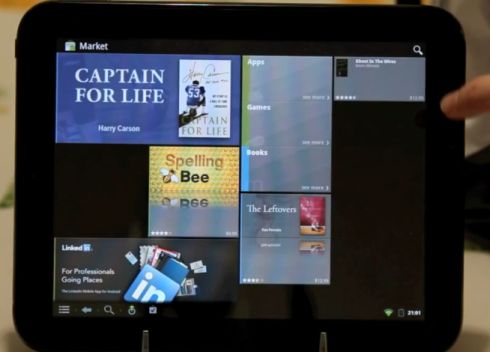 The accelerometer is also now working, which means you can automatically rotate the screen simply by changing the position of the tablet from portrait to landscape or vice versa. You can also play video games that use the tablet’s motion-sensing hardware.

Not everything is working perfectly just yet though.

While the HP TouchPad has a 1.2 GHz Qualcomm Snapdragon dual core processor, it’s only using one of those cores in this latest demo — and there’s a mediaserver app which is using most of the CPU cycles. The CyanogenMod team is working on those problems.

Update 9/20: The developers have fixed a bug and are now have audio working with both CPU cores enabled. The team has also posted another video showing HD video and 3D gaming capabilities.

There are also still some applications that don’t work. For instance, the official YouTube app doesn’t work, but you can use a web browser to watch videos from the online video site — but playback is still a little choppy.

CyanogenMod 7 is a custom Android distribution based on Google’s source code for Android 2.3 Gingerbread. It includes some tweaks for tablets, but the team won’t be upgrading to Android 3.2 Honeycomb anytime soon, since the source code isn’t available. Instead they’re waiting for Google to release the code for Ice Cream Sandwich, the first version of Android designed to run on both phones and tablets.

In the meantime, Gingerbread has a few key advantages over the webOS 3.0 software that originally shipped on HP’s tablet. First, there are hundreds of thousands of third party apps that can run on Gingerbread, compared with about 6,000 apps for webOS — and that includes high quality eBook readers and other apps that are sorely missing for webOS.

When running webOS, the TouchPad can also feel a little sluggish at times. When surfing the web, the tablet seems to fly. But I’ve spent a fair amount of time waiting while launching applications or flipping between apps that are already open.

HP has also discontinued production of webOS hardware, and while the company has promised to keep the operating system alive by looking for partners to license webOS for their phones, tablets, or other devices, it’s not really clear at this point how frequently we’ll see new software updates or third party apps for the platform. So installing Android (even an unofficial version without support form HP) could help make the tablet more useful and provide some hope of future (and equally unofficial) software updates and improvements.

The CyanogenMod 7 team won’t be releasing their Android port for the HP TouchPad to the public until some more of the kinks are worked out. But progress the team is making is pretty remarkable.