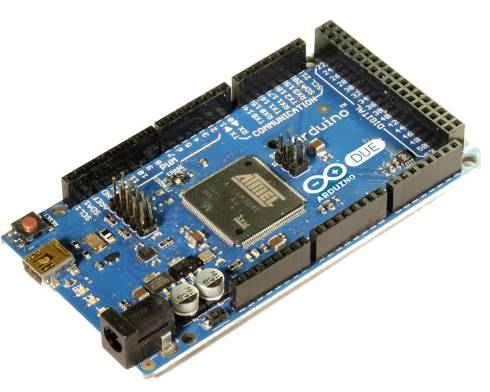 Arduino designs small, open source microcontroller boards that can be used as the basis for everything from a small computer to a robot that can react to real-world environments through a series of sensors. The designs for Arduino boards are available for anyone to use if they want to build their own from scratch, but you can also purchase Arduino devices directly from the Italian company called… ARduino.

This week the company unveiled a few new devices, including the Ardiuno Due: the first Ardiuno board that uses an Atmel 96 MHz ARM Cortex-M3 processor instead of the 16MHz, 8-bit processor used in most other current systems.

Clearly, this new chip isn’t a speed demon when compared with the processors found in most modern smartphones and tablets, but the Due has 256KB of flash memory, 50KB of SRAM, and a number of inputs which could make it an interesting platform for Arduino developers.

The Arduino Due is expected to be available in November.

Arduino also introduced a new low-cost board called the Leonardo this week, as well as an Arduino WiFi board.

4 replies on “Arduino launches its first ARM-based board”