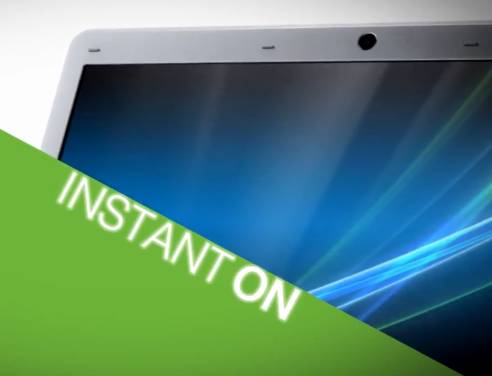 As expected, Acer has introduced its first ultrabook: a thin and light laptop which promises long battery life and speedy performance. It’s called the Acer Aspire S3 and it will have a 13.3 inch, 1366 x 768 pixel display, an Intel Core i-series processor, a solid state disk, and a starting price of about 799 Euros (which is about $1137 US, although the laptop will likely cost less if and when it’s released in the States).

Acer is also touting something it calls Acer Instant Connect which the company says will let you connect to the internet in 2.5 seconds.

The Acer Aspire S3 will be available with an Intel Core i3, Core i5, or Core i7 processor, a choice of a 240GB solid state disk or a 320GB or 500GB hard drive with an embedded SSD which gives you some of the performance boost you expect from a SSD while offering additional storage space at a lower cost.

I’m a bit surprised to see Acer offering hybrid disk drives since Intel has really been pushing solid state disks for the ultrabook platform. But ultimately it’s up to each PC maker to decide how to proceed.

The laptop has a 1.3MP camera, 802.11b/g/n WiFi, and Bluetooth 4.0. The laptop is due out in some regions this month and should be available more widely starting in October.