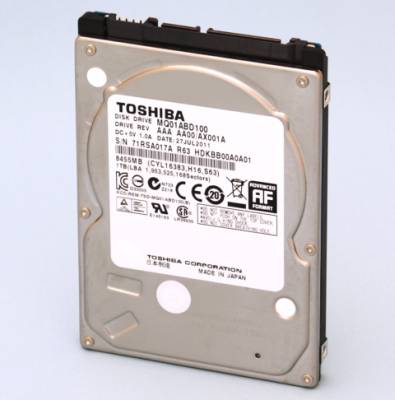 Sure, solid state disks are all the rage these days. They’re often faster than hard disk drives and because they have no moving parts they’re more durable. But they’re also much more expensive, which is why you don’t see an awful lot of terabyte or larger SSDs. Meanwhile it looks like there’s still room for innovation and growth (or rather, shrinkage) in the traditional hard drive space.

This week Toshiba introduced a new hard drive that can pack up to 1TB of storage capacity into a 2.5 inch design. In other words, you should be able to slip the drive into a standard laptop disk bay.

The Toshiba MQ01ABD series hard drives will also be available in 250GB, 320GB, 500GB, and 750GB models, but it’s the top of the line model which is most impressive since it packs a ridiculously large amount of storage into such a small space. Although the way things are going, I suspect we’ll be measuring data in petabytes or exabytes in a few years and even this drive will look quaint.

Toshiba’s new drives are 5400RPM disks with average seek speeds of 12ms, 8MB of cache, and SATA 3.0 Gbps interfaces. You can find more specs below. 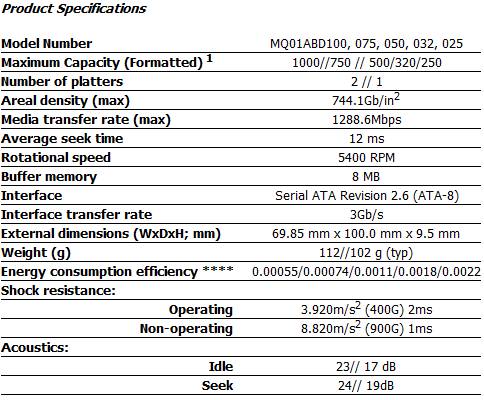