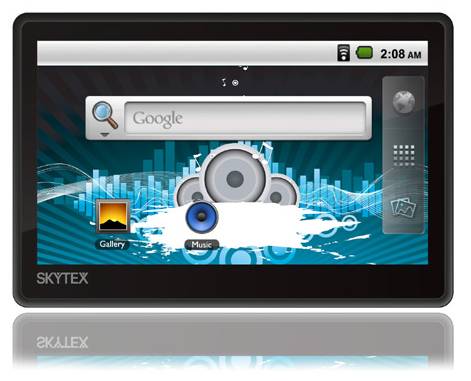 The Skytex Primer Pocket is a handheld device with a 4.3 inch display and Google Android 2.2 operating system. But what makes it special is the low price. You can pick one up today for $89 from Abe’s of Maine.

That’s actually $10 lower than the price Skytex had promised when unveiling the little device earlier this month.

For the most part, it looks like you get what you pay for. The Primer Pocket has a slow processor, a low resolution display, and a resistive touch panel. But if you’re looking for a pocketable Android device that’s not a phone and doesn’t come with a voice or data plan, it doesn’t get much cheaper than this.

The Primer Pocket features a 600 MHz MIPS Xburst processor with a 400MHz DSP for video playback. It has a 480 x 272 pixel display, 4GB of storage, and 256MB of RAM. The device has a headphone jack, microSD card slot, and a built-in mic and speaker. It supports pinch-to-zoom and comes with the GetJar app store preloaded instead of the Android Market. You can also install other third party app stores if you’re looking for a wider selection of apps.