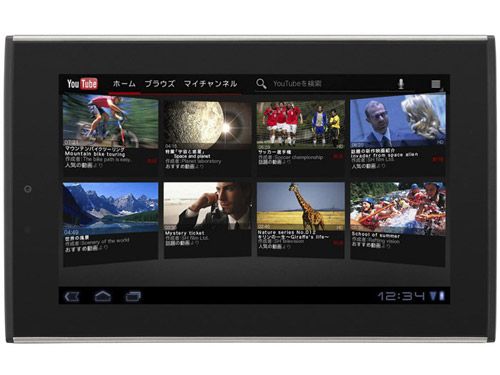 Sharp is adding a new 7 inch Android tablet to its lineup in Japan. Earlier this year the company introduced the Sharp Galapagos 5.5 inch and 10.8 inch tablets, but the new Sharp Galapagos A01SH falls somewhere in between thanks to its 7 inch, 1024 x 600 pixel display.

The new tablet runs Google Android 3.2 and has a 1 GHz NVIDIA Tegra 2 dual core processor. It has front and back cameras, 8GB of storage, and a rather large bezel around the display, if the promotional images are to be believed. I’m going to take them with a grain of salt for now, because they clearly look liked rendered images rather than photos — and because that’s one big, ugly bezel.

In Japan, Sharp will offer the WiFi-only tablet with a mobile broadband router.

There’s no word on whether the Sharp Galapagos A01SH will ship outside of Japan, but I wouldn’t hold my breath. Aside from appearances at a few trade shows, the company’s other Android tablets have yet to make it to US shores.