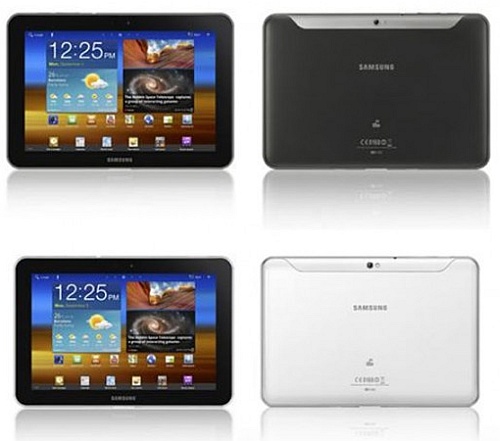 Unlike the recently-outed Samsung Galaxy Tab 7.7 — which was discovered hiding inside a Samsung demo app in the Android Market — the Galaxy Tab 8.9 has had details leaked more than a few times this year. It was expected to launch this summer for around $469, though that doesn’t seem likely to happen at this point. Some reports, however, have Samsung unveiling the Galaxy Tab 8.9 at an event on August 29th which would get it in just under the wire. When the tablet does eventually launch, one thing is for certain: it’s going to offer LTE connectivity.

The new Galaxy Tab 8.9 will also feature a 1.5GHz dual core processor (originally, a 1GHz had been reported) and a 1280×800 pixel display, measures a svelte 8.6MM in thickness, and weighs in at about one pound. Both white and black versions will be available and Android 3.2 and Samsung’s customized UI are said to be onboard.

While LTE support has been confirmed, it’s not known which carriers might be selling the mid-sized Galaxy tablet, when they’ll start offering it, or what kind of subsidized pricing you’ll be able to snag with a data contract. Sit tight — those details are no doubt on the way.