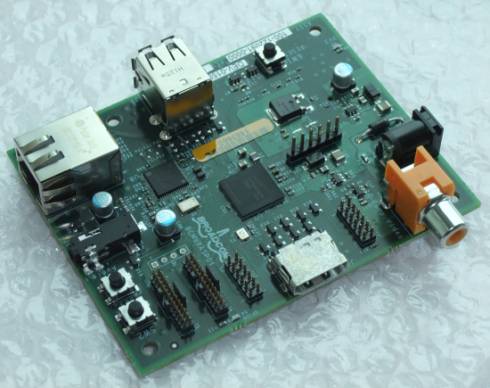 Raspberry Pi plans to develop a miniature, low power computer that can be sold for about $25. The company is still a few steps away from that dream, but this week Raspberry Pi got one step closer with the introduction of a new alpha board that’s a fully functional computer that fits in the palm of your hand.

The computer features an application processor, 256MB of memory, 2 USB ports, an SD card slot, and Ethernet jack. It’s actually much larger than the final version will be. The hope is to shrink the system so that it can fit in the palm of your hand while still offering the same features.

Not only is the new prototype larger than the final version, but it’s also more expensive. But the team is hoping to bring the cost down so that a model with 128MB of RAM and an Ethernet jack will sell for $25 while a second model with twice the RAM and the two USB ports will cost $30 or $35.

Either way, that’s a remarkably cheap price for a computer that’s expected to be able to a Linux-based operating system.

Of course, the price doesn’t cover the cost of a monitor, keyboard, mouse, or other peripherals. But those items may be easier to come by for the schools and other institutions that Raspberry Pi hopes to reach with its affordable computing platform.