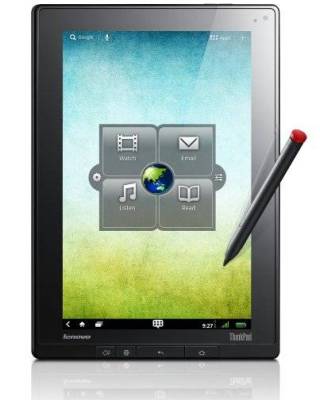 On paper the ThinkPad Tablet looks a lot like other Honeycomb tablets. It has a 10.1 inch, 1280 x 800 pixel multitouch display, 1GB of memory, and an NVIDIA Tegra 2 dual core processor. The 16GB model is WiFi-only, while Lenovo will offer 3G options for the 32GB and 64GB models starting in October.

But here are a few things that set the ThinkPad tablet apart from most of its peers:

The tablet also comes with DataViz Documents To Go software for editing office documents. It has a front-facing 2MP camera and a rear facing 5MP camera, a mini HDMI port, a USB 2.0 port, a micro USB port, and a dock connector.