Independent developers are racing to port Google Android to the HP TouchPad to breathe new life into HP’s recently discontinued (and seriously discounted) webOS tablet. But one man may have taken a bit of a shortcut. 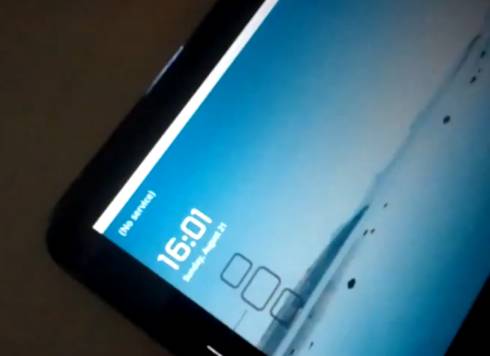 He apparently ordered an HP TouchPad from Best Buy and when it arrived it was running Google Android 2.2.1 instead of the webOS operating system. What’s more, the splash screen mentioned Ubuntu, which is a popular Linux distribution and there seemed to be a QuIC logo at one point. QuIC is the Qualcomm Innovations Center.

The HP TouchPad has a 1.2 GHz Qualcomm Snapdragon processor, and it’s possible that someone installed a build of Google Android on a test unit before packing up and shipping the tablet. HP or the OEM that manufactured the tablet for HP may have been testing the operating system — or even testing the hardware. Since no other tablets run webOS, one of the best ways to compare performance would probably be to install Android on a test unit.

It’s also possible this is all some sort of hoax. The person who bought the tablet for $149 says he’d be happy to sell it to a developer that wants to look at the source code… for $700.

On the other hand, his coworker (who posted the information to reddit) seems willing to try to convince the owner to do a system dump.

Update: It’s looking like it could be legit. The reddit poster said the owner of the TouchPad has agreed to loan it out for a few days and it could soon be on its way to one of the developers working on the TouchDroid project to port Google Android to run on the HP TouchPad.

Update 2: The system dump has been released.

It’s likely that independent developers working with the Android Open Source Project could get Android up and running on the TouchPad on their own, given enough time. But the work would probably go an awful lot faster if they had the system software from a tablet that’s already running Android.

9 replies on “Is this an HP TouchPad prototype running Android?”