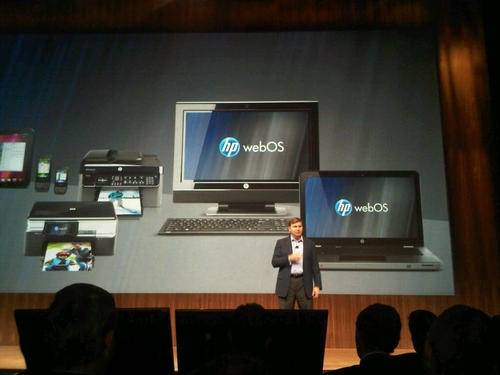 HP may have discontinued its webOS smartphone and tablet products, but the company still hopes to keep the webOS operating system alive. Ultimately the company hopes to license webOS to other device makers. But in the meantime HP’s Stephen DeWitt tells AllThingsD the company will follow through on plans to use the software on the company’s printers and personal computers.

There’s no word on when you’ll see that happen… or why, really.

When HP announced it would use the software on a variety of platforms earlier this year it sounded like the company was building out an ecosystem that would allow you to do things like:

While a few of those features could be useful even if you don’t have a webOS phone or tablet, I can’t really imagine why you’d want to be able to run webOS apps on a laptop or desktop computer unless you also had webOS on a mobile touchscreen device — unless we’re talking about laptops with touchscreen displays.
In that case, webOS software could make touch-enabled notebooks a little more finger-friendly as we wait for Microsoft to release Windows 8 (which is designed to be optimized for tablets as well as other types of computers).