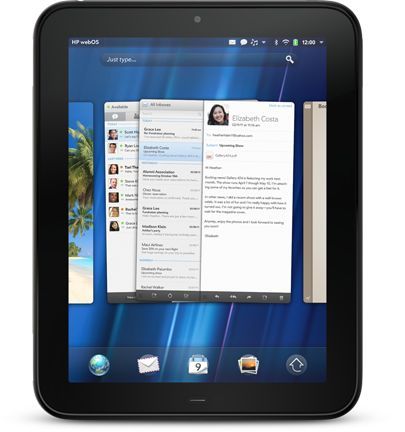 The HP TouchPad is a hot item this weekend now that HP has dropped the price to $99. But what if you’re one of the folks who paid $399 or more to pick up the tablet during the 7 weeks when HP was selling it at non-liquidation prices?

It looks like you might be able to get your money back. If you bought a TouchPad from HP.com you can call HP on the phone and either request a full refund or reimbursement for the difference between the price you paid and the current price.

HP is reportedly asking retail partners to offer similar refunds. Your results may vary, but if you picked up a tablet from Best Buy, Staples, or another store you may soon be able to get some or all of your money back. Since not every store may be on board right away you might want to wait a day or two before calling and requesting your refund.

The HP TouchPad initially launched with prices between $499 and $599. But the tablet hasn’t been selling well and HP dropped the price a few weeks ago — only to completely discontinue the tablet this week and begin a fire sale to clear out remaining inventory.

While the TouchPad didn’t gain much traction with consumers during its brief run, it’s a pretty great deal for $99. For less than the price of an Amazon Kindle, Barnes & Noble NOOK, or Kobo Touch, you get a device with a 9.7 inch, 1024 x 768 pixel capacitive touchscreen display, a 1.2 GHz Qualcomm Snapdragon dual core processor, more than 7 hours of battery life, and the ability to surf the web, read eBooks, play music and movies, and run a (limited) selection of third party apps.

Independent efforts are also underway to port Android and other operating systems to run on the tablet.