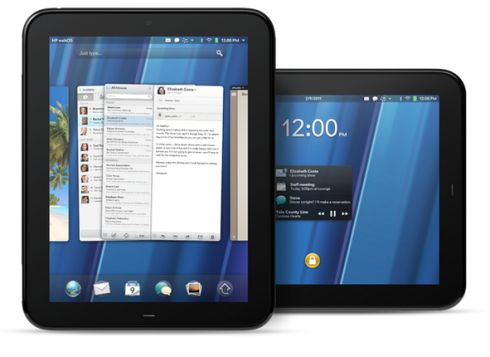 This week HP announced that it would discontinue all webOS hardware including smartphones and the recently released HP TouchPad tablet. That decision was largely due to the fact that these products simply weren’t selling. But this weekend HP seems to have figure out how to sell an awful lot of TouchPad tablets: Sell it way below cost.

When the TouchPad launched on July 1st, HP was charging $499 and up. Recently the company dropped the price by $100. And last night HP went a few steps further and started liquidating its inventory by selling the 16GB TouchPad for $99 and the 32GB model for $149.

But just a few hours after the discount took effect, HP is sold out.

Target, Office Depot, and Walmart were briefly selling tablets at similar prices on their websites, but they’re sold out too.

I suspect you may still be able to find some units at Best Buy or other retail shops this weekend. But considering HP was having a hard time moving hundreds of thousands of tablets just a few days ago, it sure looks like the company has found the price consumers are willing to pay — even for discontinued hardware. Too bad HP is probably losing money on the deal.

If you’re wondering what you’d do with a tablet that’s already been discontinued, consider this: A $99 TouchPad is cheaper than an Amazon Kindle or a Barnes & Noble NOOK or NOOK Color. If you simply use it as an eBook reader, that’s a pretty good price. It also surfs the web, plays music and videos, and runs at least a few hundred third party apps.

A team of independent developers have also already said that they plan to port Android to run on the TouchPad, so even if the official software is never updated (which it still might be — HP is killing the hardware, not the webOS software), you may be able to get some extra life out of the TouchPad one day by changing the operating system.

6 replies on “HP finds the sweet spot: Retailers selling out of $99 TouchPad tablets”