The Asus Padfone is an unusual device that combines an Android smartphone and tablet. I don’t just mean it combines features of each. The Padfone consists of a smartphone with a 4.3 inch touchscreen display which you can slide into a tablet-sized dock for times when you want to use a 10 inch display. All of the data and processing are done on the phone, but you get the advantages of a phone and a tablet without having to synchronize your data between multiple devices. 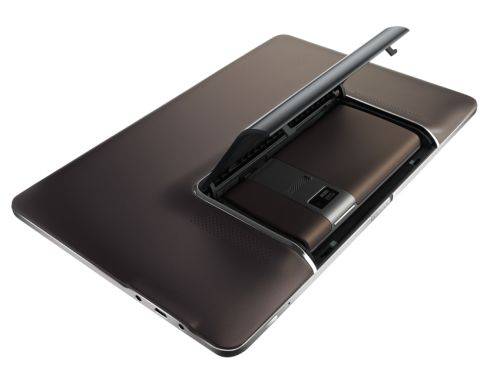 Asus introduced the product this summer without providing solid information about the operating system or launch date. Now the company is fleshing out some of the details. The Padfone is due out before the end of the year and it will run the upcoming Ice Cream Sandwich version of Google Android.

Ice Cream Sandwich will be the first version of Android to support both phones and tablets, and if the leaked photos we’ve seen this week are any indication it will bring the look and feel of Android 3.x Honeycomb to phone-sized devices.

The Padfone dock is more than just a big screen. It will also have its own battery, which means you should get better battery life when using the phone and tablet dock together than you would if you were just using the phone. The Padfone shares that in common with the Asus Eee Pad Transformer — a tablet which gets better battery life when you plug in the keyboard docking accessory which has its own battery.