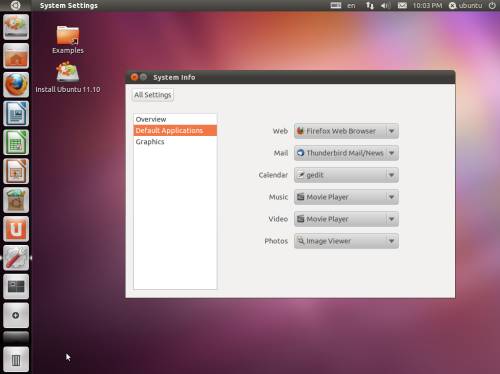 Canonical has released the second alpha of Ubuntu 11.10 Oneiric Ocelot. The next major version of the popular Linux distribution is due out in October, but you can test an early build today.

Ubuntu 11.10 Alpha 2 look a lot like Ubuntu 11.04, the latest stable release. That’s because they both use the Unity desktop manager which has caused a bit of a divide in the Ubuntu community due to its dramatically different look and feel from… well, everything that came before.

But there are a few pretty noticeable changes. For instance Mozilla Thunderbird is now the default email client instead of Evolution. The Firefox 5.0 web browser comes preloaded, and the operating system is based on the Linux 3.0 kernel.

Canonical has also added the Déjà Dup backup utility and a new login manager, among other changes. There will be another alpha release and a few beta releases before Ubuntu 11.10 officially launches on October 13th.