Motorola has shipped about 690 thousand XOOM tablets since launching the device in February. The company released its financial results for the latest quarter today and announced that 440 thousand tablets had shipped during the period. Add that to the 250 thousand units that Motorola shipped during the previous quarter, and it looks like the first tablet designed in partnership with Google to run the Android operating system is making small strides — but it still lives in the shadow of Apple’s iPad. 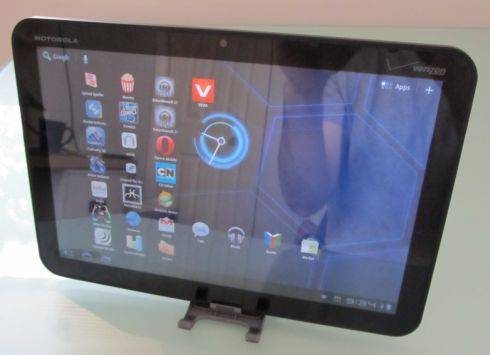 Apple’s tablet sales are measured in the millions. Meanwhile, it seems like the XOOM is playing in a different ballpark, along with tablets such as the BlackBerry PlayBook. Research in Motion announced last month that around half a million units of that tablet had shipped so far this year.

It’s also worth keeping in mind that the number of tablets shipped doesn’t tell you how many have been purchased. Instead, this number shows how many units the manufacturer has sent to retail and wireless partners. We don’t know how many tablets are still sitting on store shelves waiting for someone to buy them.

On the other hand, while the XOOM isn’t close to catching up with the Apple iPad, Motorola’s smartphone sales are growing at a nice clip. During the second quarter of 2010 the company shipped 2.7 million smartphones. This year it shipped 4.4 million. Overal net revenue for the company was up 28 percent from the same period last year, although Motorola Mobility still had a operating loss of $31 million.