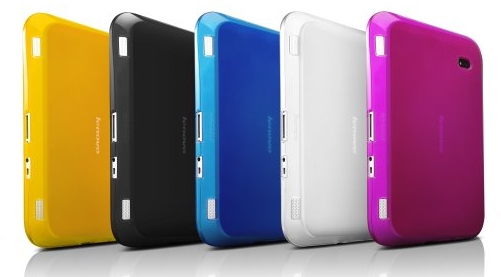 We already knew the Lenovo IdeaPad K1 tablet would be launching soon, but up until now we didn’t know just how soon. After all, it’s been reported as having shown up at various retail sites around the web. However, according to a press conference held today in Japan the tablet will be launching globally tomorrow, July 20th. Oddly enough, while the news came out of Japan, the tablet won’t be available in that country until August.

Lenovo is also set to launch the long-rumored ThinkPad tablet. The device will also have a 10 inch display, NVDIA Tegra 2 processor, and Android 3.1 operating system. But according to some photos accidentally posted to Picasa earlier today, it looks like the ThinkPad tablet will also support stylus input.

The company has removed the photos, but you can still find some at Italian site Netbook News.it. The photos show the IdeaPad and ThinkPad tablets, including accessories such as colorful case covers, a keyboard dock for the IdeaPad K1, and a docking station and stylus for the ThinkPad tablet.