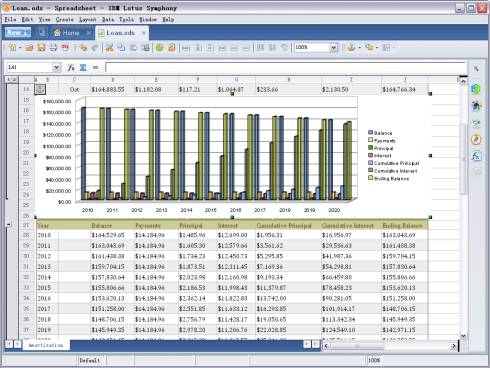 Lotus Symphony is a free office suite that IBM has been offering for the past few years. While the software is based on OpenOffice.org, it’s been largely maintained as an independent fork, and much of the code separating Symphony from the main branch of OpenOffice.org has not been contributed back to the original project. Now it looks like that will change.

This means that some of IBM’s software could find its way into future versions of OpenOffice.org.

Of course, these two projects aren’t the only game in town anymore. A different group of developers branched out from OpenOffice.org a little while back and started LibreOffice: a new cross-platform suite of office apps designed to run on Windows, Mac, and Linux. For the most part, LibreOffice still looks a lot like OOo, but the developers have been releasing updates and enhancements at a pretty fast pace, making LibreOffice a pretty good alternative for anyone who’s been frustrated with the slow release cycle of OOo.