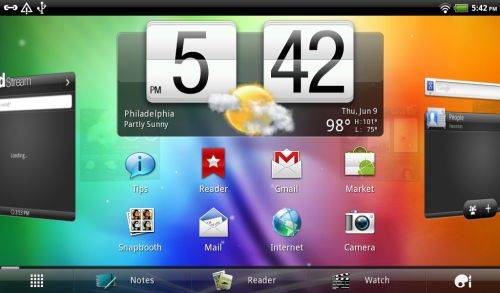 HTC has released the kernel source code for a number of Android devices including several of the company’s most recent smartphones and the HTC Flyer 7 inch Android tablet.

The Google Android operating system is based on an open source Linux kernel, but not every bit of software that runs on top of that kernel is open source. So this release doesn’t necessarily mean that you’ll be able to run the HTC Flyer operating system and application suite on other 7 inch tablets — at least not yet.

What it does mean is that independent developers looking to create custom software for the Flyer may have an easier time working with the device. HTC is also expected to launch a software developer kit for the HTC Sense software that runs on top of Android on the Flyer and other HTC devices. Once that’s available, developers will be able to write apps that integrate tightly with HTC’s official apps.

You can download the HTC Flyer kernel source code from the company’s developer center.