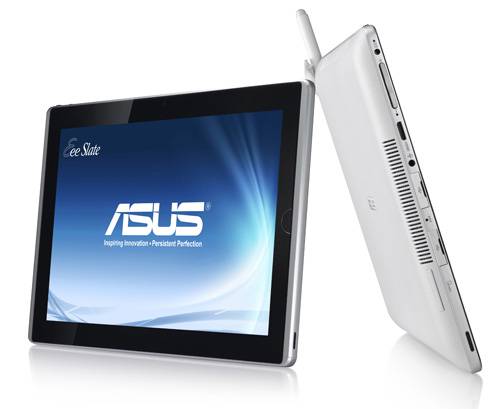 The Asus Eee Slate B121 is a new tablet aimed at business users. It’s nearly identical to the Eee Slate EP121 which has been shipping in the US since February, but there’s one key difference: the B121 ships with Windows 7 Professional instead of Windows 7 Home Premium.

Notebook Italia noticed that the new business version of the tablet is on sale in Switzerland, but it doesn’t appear to be available in the US or other parts of the globe yet.

While many of the tablets hitting the streets this year feature ARM-based chips, and mobile operating systems, the Eee Slate B121, like the EP121, has a 1.33 GHz Intel Core i5-470UM dual core processor and Windows operating system. It comes with 4GB of RAM and a 64GB solid state disk, 2 USB ports, an HDMI port, an SDHC card slot, and 802.11b/g/n WiFi and Bluetooth 3.0.