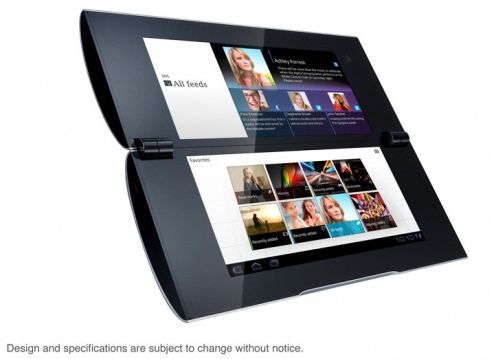 Sony’s dual-screen Android tablet moved one step closer to launch this week with the filing of documents at the FCC. The FCC listing doesn’t provide many new details about the Sony S2, but it will apparently support 802.11b/g/n WiFi, Bluetooth, and support for AT&T’s 3G mobile broadband network.

While most of the information about the S2 is hidden away behind a confidentiality request, there’s one thing that almost always shows up in FCC documents: the placement of the FCC ID label. In at least one version of the Sony S2, that label will be hidden away in the battery compartment. That means you have to remove the battery to see it — which means you can remove the battery. That’s something that will set this device apart from most of the touchscreen Android tablets we’ve seen in recent months. The dual-display setup is probably a bigger differentiator though.

The Sony S2 is expected to feature two 5.5 inch, 1024 x 480 pixel displays which can be used together or to display two separate apps at the same time. The device will have a 1 GHz NVIDIA Tegra 2 processor, and it will fold up into a cylindar for easy storage.