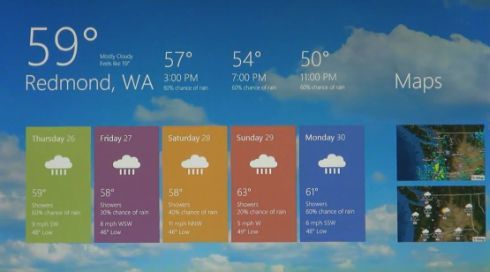 Microsoft recently gave us a first look at its next-generation operating system optimized for both tablets and computers with a keyboard and mouse. Over the last few years PC makers haven’t had a lot of success pitching tablets running Windows 7, and the upcoming Windows 8 operating system is designed to be much more tablet-friendly. But Microsoft might not be leaving things solely to its hardware partners this time. According to DigiTimes, it’s possible that the software company could launch its own branded Windows 8 tablet in 2012.

This would hardly be the first time Microsoft delved into the hardware space. The company’s Zune  and Zune HD may not have won a lot of market share, but the portable media players were actually quite decent devices. And the Xbox 360 is one of the top gaming consoles available.

There’s a huge difference between offering a purpose-built device like a video game console or media player and a general purpose device like a computer or tablet though. Microsoft wants to license its Windows 8 software to competitors so that companies such as Dell, Acer, or Lenovo could build their own consumer devices based on the operating system. It’s tough to do that when you also selling a competing product.

Apple has has incredible success with the iPhone, iPad, and iPod touch by controlling the software and hardware, and if there’s any truth to this rumor, it’s likely that Microsoft is hoping to replicate some of that success. But I think it’s at least as likely that Microsoft may be taking a more Google-like approach.

Google has partnered with companies including HTC, Samsung, and Motorola to offer its vision of what a smartphone (Google Nexus One and Nexus S) or tablet (Motorola XOOM) should be. Google doesn’t produce its own hardware, but the company does work closely with these companies to determine the appropriate hardware and to offer the latest Google software with little to no modifications. I think it’s much more likely that we could see Microsoft take this sort of approach. But that’s just a guess for now… and the DigiTimes report is just a rumor based on information from anonymous supply chain sources.

3 replies on “Rumor: Microsoft could launch its own Windows 8 tablet next year”