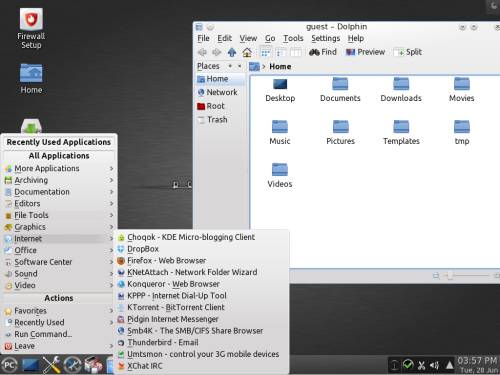 Ubuntu seems to grab all the headlines these days, but a few years ago it looked like upstart PCLinuxOS would give the popular Linux distribution a run for its money. While I don’t hear as much out of the PCLinuxOS camp as I used to, the Linux distro is still alive and kicking, and this week the developers have released PCLinuxOS 2011.6.

The operating system has been updated to use the Linux 2.6.38.8 kernel, Xorg server 1.10.2, and other new and improved system software. It also packs Firefox 5.0, VLC 1.10.0, and the latest versions of other popular Linux apps including LibreOffice.

PCLinuxOS supports 32-bit and 64-bit systems, and there are three versions available, one based on the KDE desktop environment and two based on the LXDE environment, including a Mini distro which is about 100MB smaller.

The operating system is designed to run on a wide range of hardware including computers with pretty much any x86 processor and at least 512MB of RAM and 3GB or more of hard drive space. It plays reasonably well with netbooks with low resolution displays, and offers a fairly user-friendly interface for launching and managing applications.