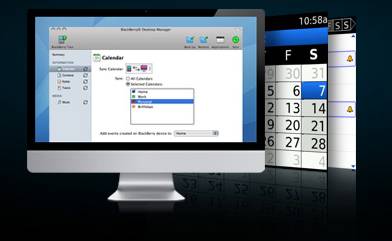 The BlackBerry PlayBook tablet has been available for two months, but up until recently there was no way to synchronize the device with a Mac. Now Research in Motion has released BlackBerry Desktop Manager for Mac 2.1 and it finally adds support for the PlayBook.

BlackBerry Desktop Manager lets you sync data between a computer and a BlackBerry phone or tablet. Of course, since the PlayBook still doesn’t have native calendar, contact, or email apps, there’s only so much data you’ll want to synchronize. But the update does mean that you should be able to keep pictures, movies, and music in sync without manually copying and pasting files.

RIM says native calendar, email, and contact apps should be available for the tablet at a later date.

Today’s announcement comes a week after Samsung launched software for connecting a Galaxy Tab 10.1 Android tablet to a Mac. Like the PlayBook, Samsung’s tablet launched without Mac compatibility… but it took Samsung far less time to patch something together. The Galaxy Tab 10.1 was just launched this month.