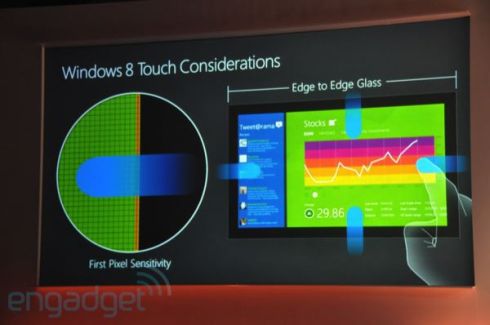 Microsoft unveiled a shiny new user interface for Windows 8 last night which should make the upcoming operating system at least as easy to use on tablets and other touchscreen devices as it is on laptop and desktop computers. But you’ll need the right hardware for the job, and Microsoft is starting to let us know exactly what that means.

We already knew that Windows 8 would support both x86 and ARM-based chips, and now the folks at Qualcomm and Texas Instruments have let us know that they’re preparing Windows-ready processors for later this year and early next year. NVIDIA is also expected to support Windows 8 on its upcoming mobile chips.

But here are some other hardware requirements for Windows 8:

GottaBeMobile notes that Microsoft is also recommending displays with 16:9 aspect ratios, although that’s not necessarily a strict requirement, as evidenced by the support for 1024 x 768 pixel screens.