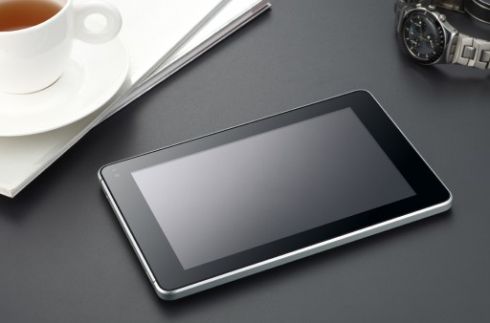 Huawei has announced plans to launch a new tablet at the ComunicAsia event in Singapore on June 20th. The company isn’t spilling many details in advance of the launch event, but we know the tablet will be called the MediaPad, and that Huawei says it’s the smallest and lightest tablet they’ve built to date.

Since Huawei already has a couple of 7 inch Android tablets, it stands to reason that the MediaPad will either have a smaller screen… or just a smaller case.

There’s no word on the specs or even the operating system, but if I were a betting man I’d wager that it would run some version of Google Android. Honeycomb seems like a likely bet, since I don’t see any buttons on the front of the device.