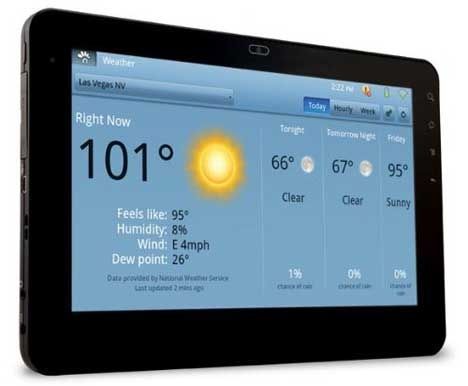 I’m starting to get tired of highlighting the ViewSonic gTablet in these bargain alerts, but retailers keep putting the thing on sale — and today’s deal just might be the best yet. TigerDirect is offering a brand new ViewSonic gTablet for $249.99 plus free shipping

through the company’s eBay store.

The gTablet has a 10.1 inch, 1024 x 600 pixel capacitive touchscreen display and a 1 GHz NVIDIA Tegra 2 dual core processor. The tablet runs Google Android 2.2 instead of the newer, more tablet-friendly Android 3.x Honeycomb and it doesn’t come with access to the Android Market. But you can either install a third party app marketplace such as the Amazon Appstore or root the tablet and install a custom ROM with a hacked version of the official Android Market.

In other cheap Android tablet news, I just noticed that Amazon is running a promotion on the latest Archos handheld devices. You can pick up an Archos 28, Archos 32, or Archos 43 from Amazon and get $15 in credit to spend on apps at the Amazon Appstore.