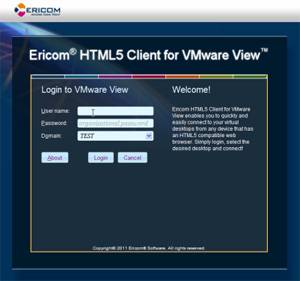 Google has been making a case that Chromebooks aren’t just for casual computer users who only need to access web apps — but also for business, education, and government users who might not need a full desktop operating system to get work done. One of the first institutions to jump on the bandwagon is the city of Orlando.

The city’s system administrator says employees will be able to use the Chrome OS laptops in meetings, while working from home, or just about anywhere else. But here’s the catch: they won’t just be running cloud-based apps such as Gmail and Google Docs. They’ll be using a new web-based interface for VMware View which allows them to run Windows desktop apps hosted on a remote computer through a web browser.

In other words, Chromebooks offer a low cost solution for cities such as Orlando in part because they offer the ability to run desktop apps without paying for the hardware to run those apps.

So while Chromebooks, with their starting price tags of $350 might seem rather expensive when compared with a typical 10 inch netbook which comes with Windows 7 Starter Edition preloaded, an Acer or Samsung Chromebook could actually be a relatively inexpensive solution for enterprise customers that typically pay a premium price for software and security features.

The Ericom AccessNow software for VMware View supports Windows, Mac, Linux, and Chrome OS, with the Chrome version relying on an HTML5 interface.