Sure, Asus is making waves with its plans to launch a $200 Eee PC X101 netbook soon. But a company named Genesi has been offering a 10 inch mini-laptop for $199 since February. It’s called the Genesi Efika MX. Now the company is working on a new platform that could be even cheaper. 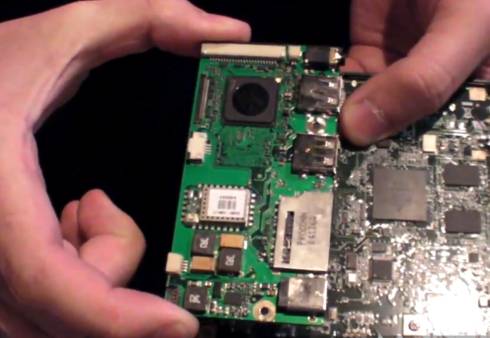 The secret is the Genesi notebooks are using low power ARM-based processors. The Genesi Efika MX has an 800 MHz Freescale i.MX515 ARM Cortex-A8 processor. The new platform is based on a Freescale i.MX53 chip which will likely run at 1 GHz or higher speeds.

Charbax from ARMdevices.net got a look at a new motherboard and chipset which can power future computers including netbooks and desktops. It’s a low power chip but like many existing ARM-based platforms it supports 1080p HD video playback.

The Genesi rep wouldn’t be cornered into stating a target price for the new platform, but he did say the goal is to make it even cheaper than the current platform.

One reply on “Asus, Genesi will see your $200 netbook and lower you with a cheaper one”