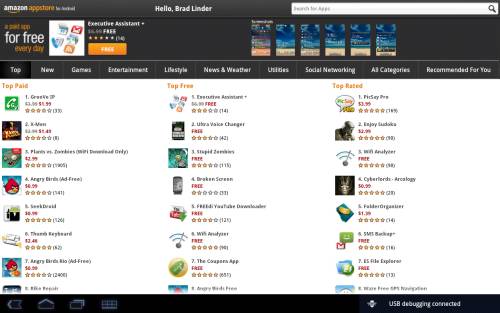 Amazon has yet to confirm plans to release an Android tablet, but the rumor mill has been working overtime on the possibility. Now the folks at DigiTimes have received word from Taiwanese component makers that Amazon’s first tablets could ship by August or September.

According to DigiTimes, Amazon is opting for a a Texas Instruments processor and a Wintek touch panel. Equipment maker Quanta will put the whole thing together and the plan is to be able to ship as many as 800,00 units per month.

There’s no word on whether we’ll be looking at single, dual, or quad-core chips or if the tablet will have a sunlight viewable display as indicated by previous rumors.

While virtually every major consumer electronics company has introduced a tablet in the past year in an effort to take on the Apple iPad (or to offer an alternative for those who like the idea but aren’t interested in Apple products), few of those tablets have gained any traction. I’m guessing if anyone can pull this off it will be Amazon.

The company isn’t known as a hardware maker. Instead Amazon built a reputation as a web-based retailer offering books first, and then pretty much every product imaginable. Over the last few years Amazon has made a major play for digital goods with online stores for eBooks, MP3s, videos, and Android apps.

That means if and when Amazon does release a tablet, the company will already have a stronger infrastructure for delivering content to that device than any company with the possible exception of Apple. Google is just starting to move into the music and movie space, and competitors such as Samsung and HTC which offer some media content for their devices don’t control their own app stores… and have to convince consumers to sign up for yet-another-media-store, whereas Amazon likely already has some loyal customers.