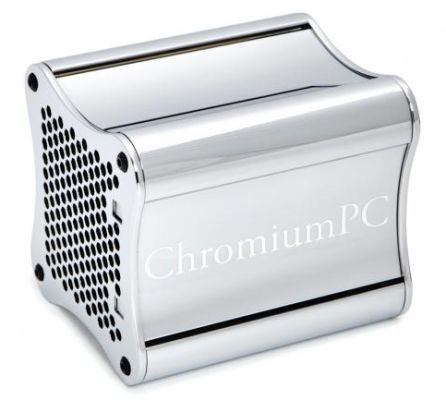 The ChromiumPC is a small form factor computer measuring about 3″ x 3.7″ x 3.7″. The system is modular, with three components:

The modular nature of the ChromiumPC should make it easy to upgrade the computer just by removing a side panel, sliding out an old module and sliding in a new one. This makes upgrading the processor or other components much simpler than on existing desktop computers — assuming Xi3 offers regular upgrades. There’s no guarantee that will happen.

The company also doesn’t make it clear exactly what components will ship with the ChromiumPC this summer. Xi3 says the computer will use less than 20W of power, but the closest the company gives to a description of the processor is that it will be a dual or single-core 64-bit x86 processor.

There’s also no word on the price yet.