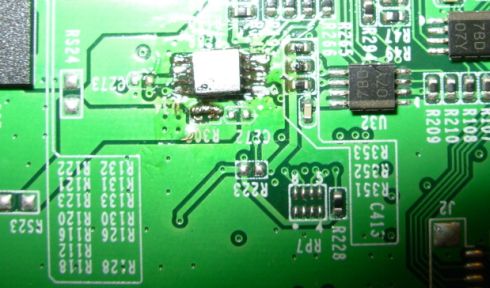 In the early days of the netbook era, I was surprised to see just how much hardware hacking was going on. Back in 2007 and 2008 it seemed like every day someone took apart an Asus Eee PC or Acer Aspire One and slapped some extra hardware inside the tiny case. It turns out it wasn’t all that tough, because while netbooks with 7 to 10 inch displays are smaller than a typical laptop, the components are actually quite similar.

Hacking an Android or iOS tablet, on the other hand, is a lot trickier. They don’t tend to use off-the-shelf components, which makes upgrading the storage or memory awfully difficult. And there’s really not enough room in the case for anything as extravagant as an extended battery.

But one ambitious hacker has figured out how to take apart a ViewSonic gTablet and insert a working GPS module.

The hack requires a GPS module, an antenna, and a number of other specialized components including regulators, a voltage level translator, and a ferrite bead. For good measure, he even installed a status LED.

If you’re not comfortable voiding your warranty, using a soldering iron, and potentially ruining your tablet, this particular modification might not be for you. But it’s pretty impressive to see how far some people are willing to go to make their hardware more useful.

The ViewSonic gTablet features a 10.1 inch, 1024 x 600 pixel display, a 1 GHz NVIDIA Tegra 2 processor and Google Android 2.2 operating system. It ships with WiFi and Bluetooth capabilities, and if you have the guts to follow the instructions posted at xda-developers, you can add GPS to that list.