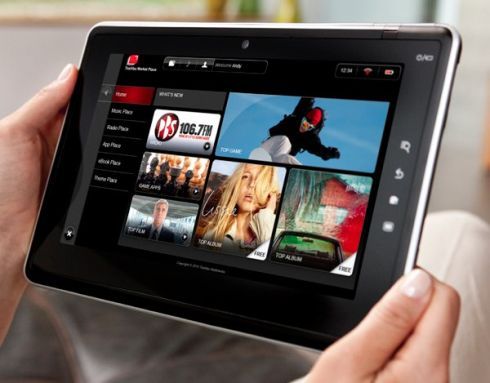 Toshiba is preparing to launch a new Android tablet with an NVIDIA Tegra 2 processor and Google Android 3.x operating system. But the company actually launched a Tegra-powered Android 2.2 tablet last year. The Toshiba Folio 100 never made it to the states, but a small number were shipped in Europe. Unfortunately if you’re one of the few people who managed to get your hands on one, I wouldn’t count on Toshiba releasing any major OS updates anytime soon, as the company instead shifts its focus to its new tablet.

But that’s where hackers come in.

Independent developers have been porting Google Android 3.x Honeycomb to existing devices ever since Google released the software developer kit for Honeycomb. Not all of the source code is available, so some features may not work. But the Toshiba Folio 100 is the latest gadget to join the ranks of unofficial Honeycomb tablets.

The latest release brings support for the Honeycomb user interface and the ability to run Honeycomb apps on the tablet. But the power button doesn’t work, many sensors don’t currently work, the sleep function doesn’t seem to work properly, and many apps downloaded from the android Market don’t appear to work. But the tablet does support WiFi, touchscreen input, and SD cards.

You can find instructions for installing Android 3.0 on the Folio 100 at the xda-developers forum.