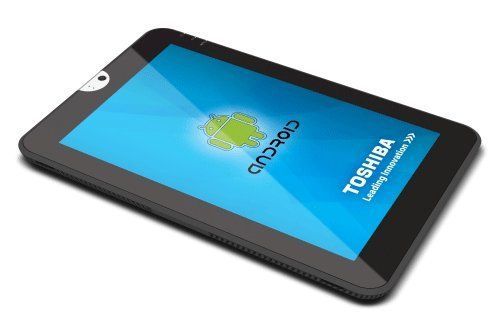 I’d take this with a grain of salt for now, but it appears that J&R is taking pre-orders for Toshiba’s new Android tablet. The reason for the salt shaker? Because Newegg posted a pre-order page for the tablet last month before removing the listing. But if the new product page can be trusted, the tablet will be available soon for $449 and up and it will be called the Toshiba Thrive Tablet.

Update: As I was writing this article, J&R removed the product listings.

The rest of the specs aren’t all that surprising. Toshiba has been showing off the tablet since January, but so far the company hasn’t unveiled the official name yet, so we’ve just been calling it the Toshiba Tablet. Now maybe we can start calling it the Thrive… maybe.

There’s also a $579 model which is nearly identical, except it has 32GB of storage instead of 8GB. You could probably save a lot of money by picking up the cheaper model and investing in an SDHC card, but at least the Toshiba Thrive 32GB model is still $20 cheaper than a list-price Motorola XOOM WiFi tablet.

Best Buy is also expected to sell the tablet soon — but there’s no mention of a price or launch date on the Toshiba Tablet page BestBuy.com.

3 replies on “Toshiba Tablet goes up for pre-order… again”