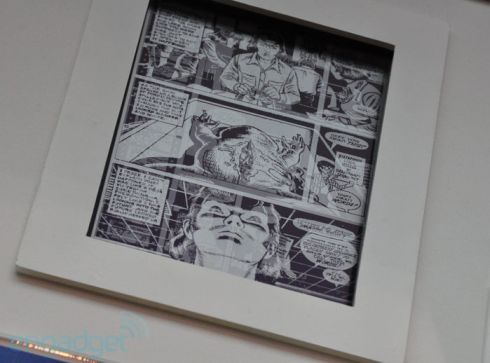 If you’ve ever tried to use a laptop, iPad, or pretty much any other device with an LCD display outdoors on a sunny day, you know that most of today’s screens aren’t really designed for outdoor use. There’s no shortage of companies working on solutions, but one of the few that actually has a shot at mass producing the displays this year is Samsung.

The Korean electronics manufacturer acquired a company called Liquavista earlier this year. Liquavista uses a technology called electrowetting that makes it possible to view full color displays even in direct sunlight. The company is also working on reflective monochrome displays which use less power than LCD screens since they don’t require a backlight, but which offers a refresh rate as much as 70 times faster than the E Ink displays used in most eBook readers.

Engadget caught up with Samsung this week and learned that the company is hoping to start shipping its displays later this year. It’s not clear at the moment if this means we’ll see Samsung eReaders, tablets, or laptops with Liquavista screens, or if the company will simply be making screens for other companies to use in their devices.