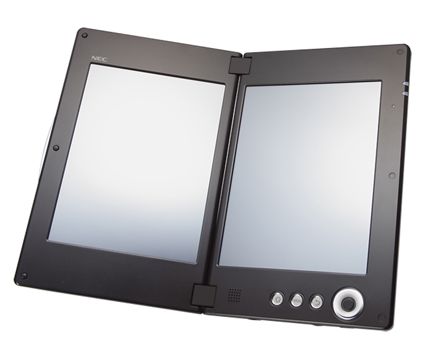 Remember that crazy dual-screen Android tablet NEC was showing off earlier this year? You’ll be able to pick one up next month… if you happen to live in Japan. I’d be surprised if you ever see this model on sale at a major US retail chain, but that’s what importers are for, right?

When I saw a prototype at CES I was underwhelmed by the build quality and software, but that was 5 months ago. I suppose it’s possible NEC has improved things since then — and the idea of being able to run two separate apps at the same time on side-by-side displays is intriguing. I’m just not sure if it’s something I’d do often enough to justify carrying around a device with two screens instead of one.