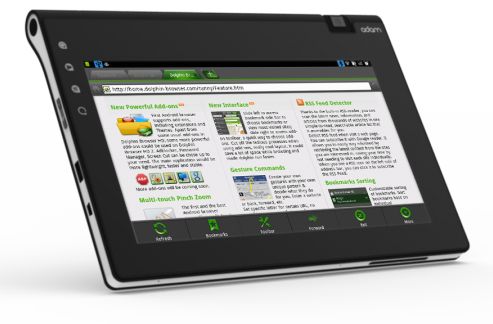 Notion Ink is pushing two major software updates for the Adam tablet next week. On Monday version 1.5 of the Eden software will be available with over 150 changes. Wednesday the company promises there will also be an update for users who want to test Android 2.3 features.

The Eden software has received mixed reviews so far, but it’s good to see the company continuing to work on it.Now Notion Ink says it’s working on a Honeycomb update for the tablet, which should be available around the end of June.

In the meantime, Eden 1.5 will include a few new bundled applications including the Dolphin web browser and Amazon Kindle eBook reader.

Notion Ink will also start taking orders for the tablet again Monday evening, but you’ll need to sign up to receive an invitation. The company produces its tablets in relatively small batches and demand has been much higher than supply. In previous ordering rounds the company has sold out of stock almost immediately.