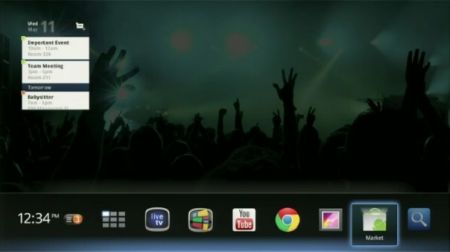 Google will launch Android 3.1 for the Google TV later this year, bringing the same operating system to the set-top box and tablet computers. The Android Market will also be available for Google TV, and the idea is that any app in the Android Market for Android 3.1 Honeycomb tablets will be able to run on Google TV… eventually.

For now Google is stressing that developers will want to make sure their apps are designed to work in landscape orientation and work with devices that don’t have touchscreen displays. At launch apps won’t show up in the Android Market for Google TV if they require a camera, microphone, or tablet sensors. Apps written with the NDK also won’t work, and neither will apps that rely on telephony. 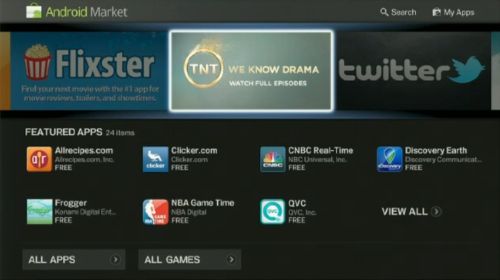 The Google TV homescreen has also been tweaked to look more like the mobile version of Android, complete with home screen widgets.

Google will be adding a Google TV view to the Android 3.1 emulator in the software development kit soon, so developers can see how their apps will look on a TV.

Google also announced that the source code for its Google TV remote control app for Android phones and tablets is now available.

One reply on “Google shows off Android 3.1 Honeycomb on Google TV”