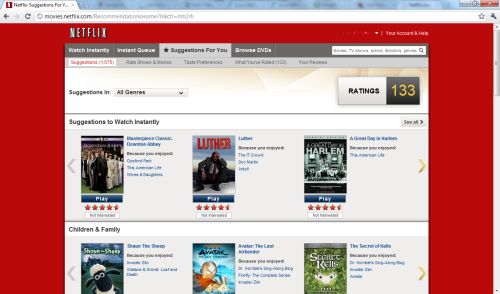 Google Chrome OS is basically a light weight operating system designed around a web browser. The idea is that you’ll be able to do anything with a Chrome OS laptop that you can do with a web browser and a Windows or Mac laptop. But right now there’s at least one major web app that doesn’t run on Chrome OS: Netflix.

But the folks at The Chrome Story found some Chrome OS code reviews suggesting that an official Netflix plugin for Chrome OS is in the works.

Neither Google nor Netflix has made any official announcements, but it looks like a plugin is being tested on some pre-release devices, but not the Google Cr-48 laptop, which may be an indication that this is supposed to be a secret. After all, there are already thousands of Cr-48 laptops in the wild, so it’d be hard to keep a lid on the plugin if it were pushed to that device.