The folks at Notion Ink are in the process of updating the Adam Tablet‘s software to Google Android 2.3, but it will likely be a while before we get an official Android 3.0 Honeycomb build. That’s because Google hasn’t released the Honeycomb Source code to the public (or Notion Ink) yet. But independent developers have been building their own Honeycomb ports ever since Google first released the software developer kit for Honeycomb. These ports are based on an emulator image, which means they tend to be a bit rough around the edges and may not support all hardware — but at least one hacker is working to bring Honeycomb to the Notion Ink Adam. 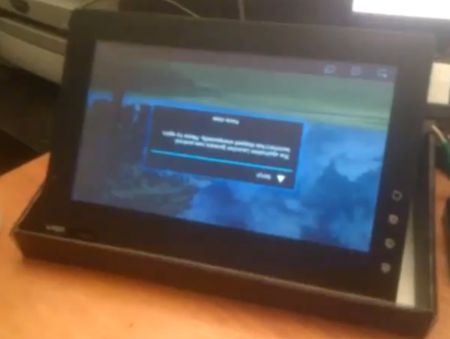 The port is still a work in progress, and as you can see in the video below there are a number of OpenGL errors which cause programs to send “force close” messages. But if you’re not all that satisfied with the custom Eden software that runs on the Notion Ink Adam tablet, it looks like there may soon be an alternative.