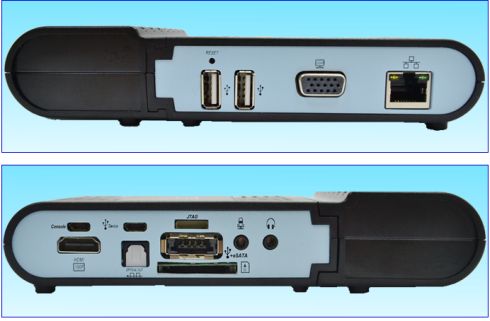 Globalscale Technologies is showing off a new $249 desktop PC with an ARM-based chip and support for 1080p HD video playback. The D2Plug computer can run Ubuntu Linux or Google Android 2.2, and joins a growing list of “Plug” computing devices. But this space may get even more interesting when Microsoft releases Windows 8 with support for ARM-based processors.

The D2Plug has 1GB of DDR3 memory, 8GB of storage and a range of ports including USB, eSATA, HDMI, Ethernet, VGA, and audio jacks. It also includes 802.11b/g/n WiFi and Bluetooth 3.0.

Globalscale expects to ship the D2Plug in late June and is offering pre-orders for $249.

via Linux For Devices and Engadget

2 replies on “Globalscale D2Plug is a handheld-sized, ARM-based desktop PC for $249”