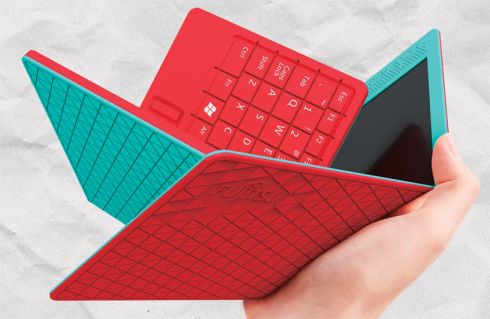 It seems like every day there’s a new report suggesting that tablets are or aren’t killing off traditional laptop computers. But designer Hao-Chun Huang has come up with a concept device that lets you have the best of both worlds.

The concept is called the Flexbook, and it was submitted as part of a Fujitsu/DesignBook competition.

The device would feature a waterproof keyboard and a widescreen display with a 21:9 aspect ratio. The display rests on a swivel, allowing you to rotate the screen and fold it down over the keyboard for use in slate mode. There’s nothing new there — PC makers have been making convertible tablets for the past decade. 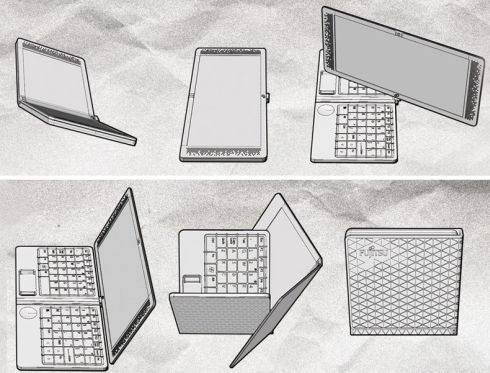 But the screen and keyboard also feature hinges, allowing you to fold the computer in interesting ways. For instance, you can fold the whole the keyboard and screen up so that the whole thing is half the normal size and fit it in your pocket (assuming you have fairly large pockets).

The designer also imagines the device would have swappable rubber skins which would be available in a variety of colors and textures.

via DesignBoom and DVICE