Like the idea of a compact netbook which won’t take up too much space when you throw it in the bag, but can’t live without a nice big display? Designer Niels van Hoof has put together a concept design for a tri-fold notebook called the Feno that might meet your needs… or at least it would if anybody was ever crazy enough to produce this thing. 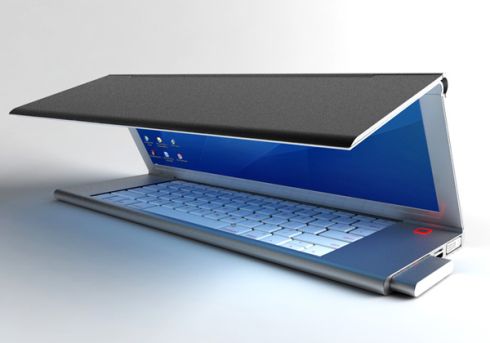 The concept includes two flexible OLED panels which can function as one large display, but which can be folded in half for storage. The guts of the laptop hang out in the base, which features a keyboard, ports, an optical disc drive and a mouse which you can tuck into the case for safe keeping. 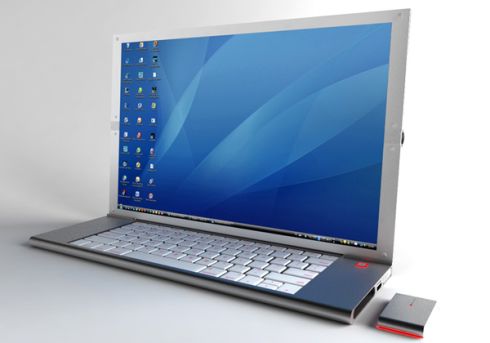 The Feno notebook concept looks a bit funny when unfolded since the keyboard area is only about a third the size of the display. I suppose if the display is light enough, the laptop won’t necessarily tip over and fall, but it sure looks like it would. 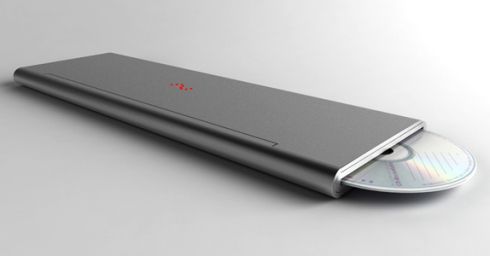 I’m also skeptical of the rendered images which show absolutely no seam between the lower and upper portions of the screen. I have yet to see a folding display in real life that doesn’t at least show a small line.

2 replies on “Feno notebook concept folds up like an envelope”