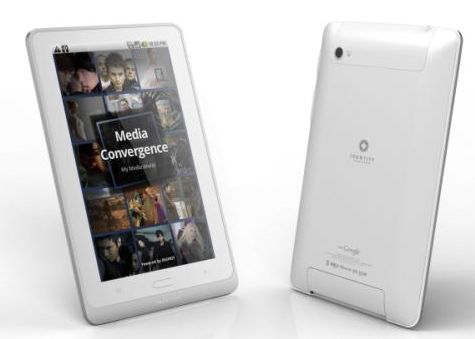 Korean company Enspert is adding a new Android tablet to its lineup. The Enspert Identity Tab E401 will be the first model from the company with an 8.9 inch display and Google Android 3.0 Honeycomb operating system.

The tablet will feature a 1024 x 600 pixel display, WiFi, Bluetooth, and a T-DMB digital TV tuner (which will probably only be available in Korea).

The screen resolution is a bit disappointing. While 1024 x 600 pixel screens are pretty much standard for 9 and 10 inch netbooks, most Android 3.0 devices which have been announced to date have featured higher resolution 1280 x 800 pixel screens.

The Identity Tab E401 is expected to launch in July.

One reply on “Enspert to launch 8.9 inch Honeycomb tablet this summer”