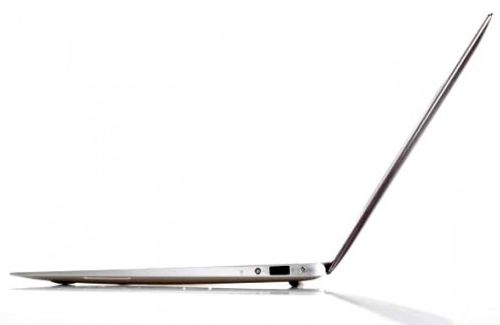 The Eee PC X101 isn’t the only thin and light laptop Asus is showing at Computex this week. The company is also slimming down its already-diminutive UX Series line of ultraportable laptops. The first model in the new UX lineup will be the Asus UX21 which features an 11.6 inch display and a light 2.4 pound design.

The Asus UX21 will feature second generation Intel Core processors, solid state drives, and instant-on capabilities. The notebook measures just 0.67 inches at thickest point. The laptop is also designed so that it’s much thinner at the front than the back, measuring just 0.12 inches thick at the front and giving the UX Series a MacBook Air-like look. The brushed-metal finish doesn’t hurt either.

I’m not holding out hope that the ASUS UX Series laptops will come close to matching the X101’s low $200 price tag, but I wouldn’t be shocked if the UX21 is at least cheaper than a $999 MacBook Air.