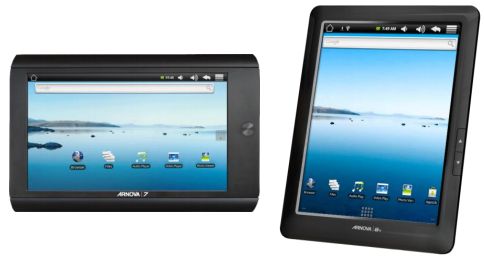 The tablets don’t include access to Google’s Android Market, instead using a third-party app store with around 30,000 apps available for download. But hackers have a long history of adding full Android Market access and other features to Archos tablets.

The new devices join several other budget tablets from Archos including the Arnova 8 and Arnova 10.