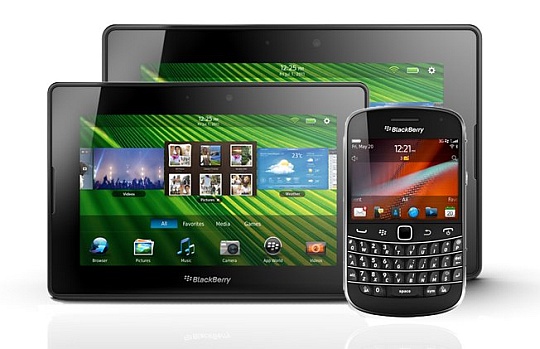 After weathering some less-than-glowing reviews early on, the BlackBerry PlayBook now seems to be enjoying a warmer-than-expected reception by consumers. RIM, in turn, has treated owners to a pair of OS updates, a shiny, new Facebook app, and the addition of BBM to the BlackBerry Bridge apps. But perhaps you’re holding off because you think a 7″ tablet just isn’t quite big enough.

If Boy Genius Report’s sources are correct, you might only be waiting a few more months if you’d prefer a 10″ PlayBook.  RIM is said to have ramped up production of the original PlayBook, so confidence may well be building in Waterloo. Whether that confidence translates into the company making a pre-holiday splash with an embiggened PlayBook remains to be seen, since BGR’s information has yet to be officially confirmed.

2 replies on “10-inch BlackBerry PlayBook on sale later this year?”